Transdisciplinarity, innovation and partnership at the heart of research

The ambitious Sentinel North research program is articulated within priority research axes and several partnerships with key collaborators from Université Laval and beyond.

With more than 55 research projects completed or underway, Sentinel North has achieved its goal of mobilizing a dynamic research community and generating dozens of new and innovative transdisciplinary collaborations between world-class researchers and recognized research centers from our institution and from the international.

Thematic project 2 : Light as a driver, environment, and information carrier
in natural environments and human health

A Transdisciplinary Approach to Research 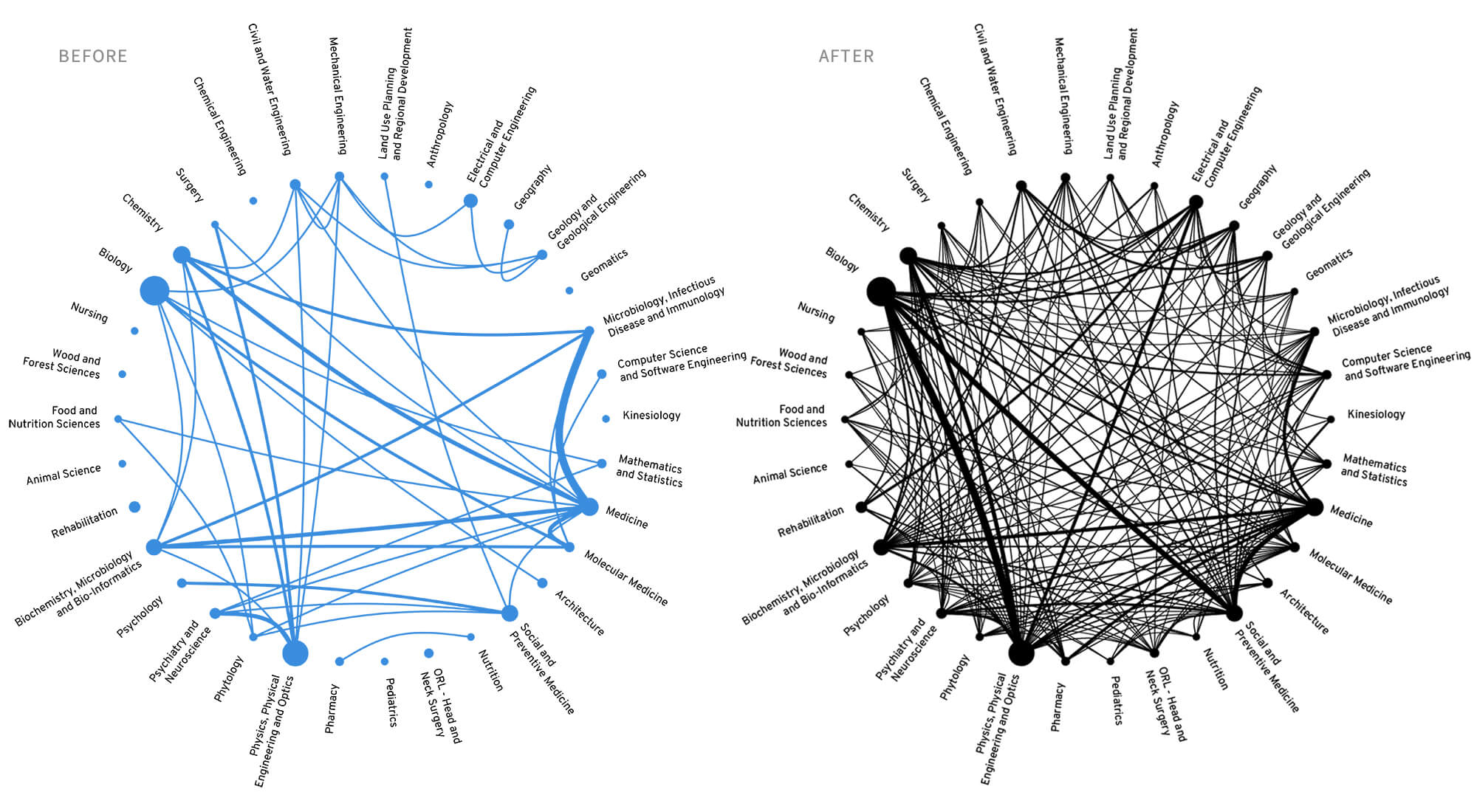 Above, networks of interdepartmental collaboration between Sentinel North’s researchers “before” and “after” program deployment. The “before” network shows collaborations between coauthors of interdepartmental publications between 2004 and 2014. The “after” network shows anticipated new interdepartmental collaborations resulting from joint publications under the 21 transdisciplinary sub-projects funded by Sentinel North following the first call for projects. The thickness of the interconnecting lines is proportional to the number of collaborators. The size of the nodes is proportional to the number of researchers in each department.

A strategy driven by excellence, engagement and experience